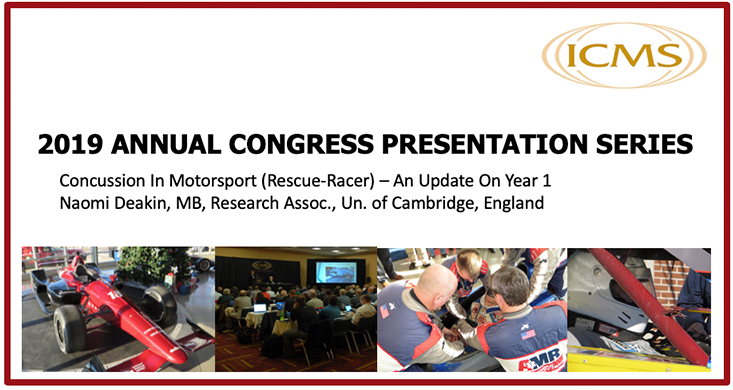 Stay tuned as a new presentation is uploaded each week. Click here to hear the audio of this Presentation.

Speaker Bio: Dr. Deakin is an early career clinician, specializing in traumatic brain injury. Alongside her clinical and academic training, she has developed an interest in motorsport, completing her first research at Silverstone circuit, UK in 2012. From 2016 she has been responsible for administering baseline and post-injury neurocognitive testing for TOCA, a group of semi-/professional race series based in the UK including the British Touring Car Championship and FIA Formula 4. She was formally appointed TOCA’s Concussion Fellow in 2018.